Going into the final weeks of my University Studies course, career development gets some well deserved attention. One of the skills a successful student (and student of teaching) must have is intrapersonal intelligence.  For me, it’s the ability dial in your GPS career coordinates in the now.  Then, look back to understand the motivations, people, and circumstances that brought you to this moment. Then use that data to glimpse potential futures.
I’ve had my fair share of juicy plot twists along the way.
I worked for my first employer from ’86 to ’96. In ’93 I had my first son and took three weeks vacation to be home with him and my wife. Result? My old-school boss wrote me up for “lack of dedication” to my job. Human Resources helped my boss understand that the world had changed since he worked for Sterling Cooper.
Lesson learned? Take nothing for granted – not your legal work rights and certainly never assume your employer has your best interests in mind.
In 1996, I cashed in my 401(k), left the only company I ever worked for, and joined the entrepreneur-class. I was a third generation printer; what could go wrong? Eighteen months later, I joined the ranks of the failed business owner. I even sold my car to keep the business alive a few more months.
Lessons learned? One, don’t go into a business just because you think it can make money. I did not like printing but it was all I knew. I probably would have failed in another business though because I also learned…I prefer to work for other people. There! I have outed myself. In this vague period of self-directed and self-employed and completely empowered version of work we see today, I say “no thanks”.
I like being part of a group, I like not having to make all the decisions, and I really like a dependable paycheck!
The rest of the 90’s and early 2000’s were various sales jobs. Good jobs sure, but the limited jobs available to a person with hustle, the ability to wear a tie, and NO COLLEGE degree. So just like in 1992, when I realized how much more career advancement was possible in an office vs a production line, I leveraged my relationships and experience and vaulted onto a new path. 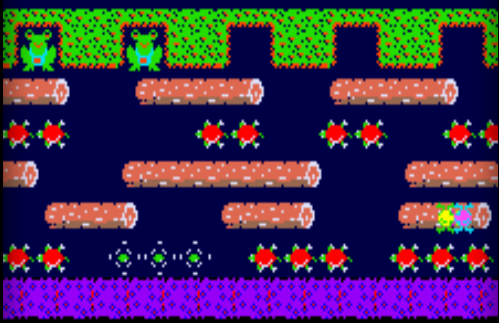 My volunteer efforts landed me an interview for a Director of Career Services job with a 9-month certification school.  I was not qualified but got the job anyway (see previous paragraph, re: Hustle). This was six months after earning my English degree. Then I did some calculated jumping, similar to what James Citrin advises in his blog, How to Move From Job to Job.  My goal? To get a job at a degree granting college.
Over the next ten years, I stayed in the same role (Director), in the same field (Career Development) in the same industry (Post Secondary Education). But I learned about the many ways education is delivered. I worked at nationally accredited colleges, market-driven colleges, and a state college. It was not always pretty, but I also was fortunate to serve a similar student cohort everywhere I worked – first generation college students from Inland Southern California.
So, flipping to the last chapter, I gear up to break into a new career in Summer 2014. My gift arrives, just at the top of the story arc, 3 days after Christmas: An interview to teach first year college students full time. I get the job! How? Patient and deliberate (somewhat) planning. It was the culmination of my effort and intentions over the last two decades. It was setting up a SMART goal. It was using the tools at hand.
I wrote, revised, and edited that story for years.  Lots of blank pages left. Time to get to class and write some more.
What’s your career story? Ready to tell it? Better yet, are you ready to live it? If not, today is a great day to start.